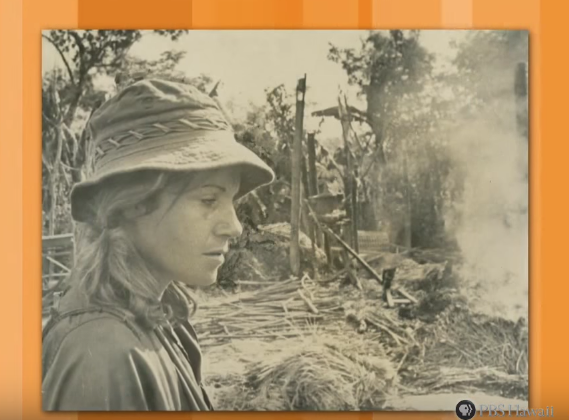 Beginning Wednesday, March 8, and continuing through early May, the Lama Library will showcase a photographic exhibit that features the work of longtime Honolulu journalists Bob Jones and Denby Fawcett. The exhibition will display the iconic duo’s work as foreign war correspondents covering the Vietnam War. Jones and Fawcett both reported for the Honolulu Advertiser during this period.

In 1966, as the Vietnam conflict began to escalate, Jones reported for the Advertiser while Fawcett reported for the Honolulu Star-Bulletin. (The Advertiser merged with the Star-Bulletin in 2010 to form the Honolulu Star-Advertiser.) In an interview transcript for PBS Hawaiʻi’s Long Story Short, host Leslie Wilcox notes that Fawcett had asked the Star-Bulletin to permit her the assignment of covering Vietnam. After the paper refused to grant her request, Fawcett turned to Jones, who she was dating at the time, for guidance. Jones was able to secure a position for Fawcett at the rival paper in town — the Honolulu Advertiser — and the two went off to cover the war.

Since married, Jones and Fawcett have both enjoyed successful careers in the journalism world. Jones worked prominently as a foreign correspondent for NBC News and has published a memoir called “Reporter,” which reflects upon his 50-plus years as a journalist. Fawcett has worn many hats in journalism over the course of her career and is currently a columnist for Honolulu Civil Beat. She is also a co-author of “War Torn: Stories of War from the Women Reporters Who Covered Vietnam.”

The photography exhibit will be found upon entrance in the Lama Library lobby, and a reception with both Jones and Fawcett in attendance will take place on Wednesday, March 8, at 4 p.m. 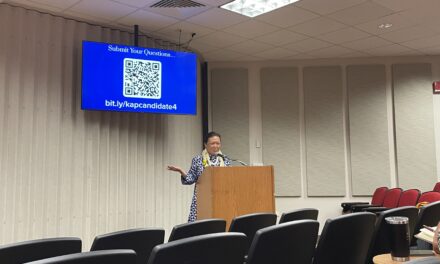 KCC Chancellor Candidates Share Messages in Final Round of Interviews 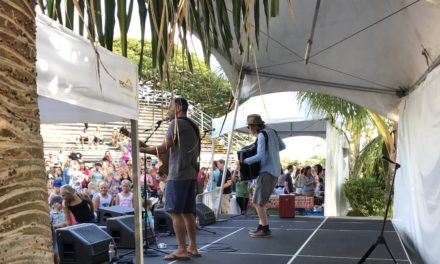 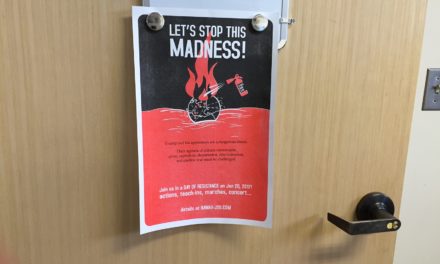