A Gift for Language, Culture Combine to Distinguish KCC Professor 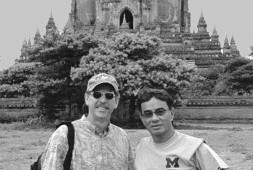 Dr. Carl Hefner, a professor of anthropology and chair of the KCC Social Sciences Department, is continually appreciative of the educational opportunities that were presented to him in his youth. After receiving a bachelor’s degree in Anthropology as a UH Mānoa student, Hefner then was excited to receive a doctoral graduate student scholarship from the East-West Center covering all expenses, and an opportunity to work with professional research projects around the world.

Today, Hefner presides on the executive board for the alumni chapter of the East-West Center. Mindful of the financial support that encouraged his academic curiosity to study and research abroad while at UH Mānoa, he strives to support current students with their shared interest in Asian and Pacific studies.

Speaking about the impact of travel stipends and scholarships, Hefner said, “At the student level, it gives you that window to the world in which you can decide what your future career path might be.”

For Hefner, Southeast Asia has been the geographic region of his academic interests, particularly Myanmar and Indonesia. Java, the largest island in Indonesia, served as a backdrop for his PhD dissertation in anthropology from UH Mānoa, and Hefner is a fluent speaker of the national language, Bahasa Indonesia. Hefner not only has an ear for language acquisition, but one for music as well. He picked up a minor in ethnomusicology and played in the Javanese Gamelan for five years as a student at UH Mānoa.

With an appreciation and technical understanding of Indonesian performing arts and music, Hefner has played a lead role in organizing the KCC International Festival that takes place each March. Next year will mark 30 years for the annual week-long event and Hefner, in particular, has enjoyed the personal connections he has cultivated with artists representing a wide range of disciplines.

It is Hefner’s fluency in Bahasa Indonesia that has served him well on the many trips he has logged to the country over the past three decades. Some events are often only communicated to others (and Hefner) by word of mouth, especially those taking place in remote villages. When Hefner arrives at the event, whether it be a rice harvest or homecoming celebration, he must pacify any doubts from the leaders of the village as to why he is there. As an academic researcher, he explained, “you have to make your intentions clear.”

Hefner credits his understanding of the language and culture as helpful assets in gaining the trust for attending these events. As is customary throughout Asia, the sharing of gifts, newcomers, is commonplace. Hefner is always amazed by the warmth of the connections he makes and the generosity of even the least well-off villagers that provide him with gifts, an action reciprocated by gifts brought from Hawaiʻi.

That generosity, said Hefner, “is just heartwarming and reaffirms our humanity. It makes me want to be a better person.”

One way in which Hefner has contributed toward societal progress in Indonesia has been through a partnership with the U.S. Department of Education and the equivalent governmental branch from Indonesia. The country has only recently explored and developed a community college system, and Hefner served to consult and teach two cohorts of Indonesian administrators on how to properly develop curricula and methods for distance learning. Because Indonesia is an archipelago of islands, distance learning is sometimes the only practical means of education for remote islands and villages in the country.

Over the last 31 years, Hefner has taught various anthropology courses at KCC, Honolulu Community College (HCC), and UH Mānoa. In this role, he has also been able to travel with students to Southeast Asia for research projects.

Recently, the University of Hawai‘i Press published a textbook with the lead article from Hefner based on research he conducted with UH Mānoa students in 2009. The group traveled along the Mekong River—the 7th longest in Asia—which originates in China and empties into the South China Sea through nine estuaries, known as Sông Cửu Long, or the nine dragons, south of Ho Chi Minh City, Vietnam.

The article, entitled “Tempting the Naga: local knowledge and mysteries of the Mekong,” describes folklore of a mythical sea serpent called the Naga that inhabits the Mekong. While exploring the Mekong River in Laos, traveling by way of a locally constructed houseboat, one of the students from UH Mānoa decided to go for a swim. She underestimated the strength of the current which promptly overtook her ability to return to the boat unassisted.

The Lao boatman were able to steer the boat downriver of the student, ultimately rescuing her from an impending waterfall. Moreover, the boatman said that the mythical Naga might have been lurking in the water just around the corner and would have met the student before the waterfall. According to Hefner, the Naga is both feared and respected by locals.

It is from the perspective of his many travels throughout Southeast Asia, Indonesia included, that informs Hefner’s teaching for the KCC students that take his anthropology courses each semester. He hopes that his students learn to deepen their knowledge from the classroom through travel, just as he has done throughout his life.

If done properly, the desired outcome of travel is all about, “enriching not only yourself, but also enriching the rest of the world,” marveled Hefner. 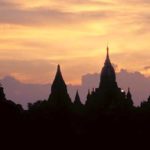 The Temples of Bagan, Myanmar, set along the Ayeyarwady River. (Photo courtesy of Carl Hefner) 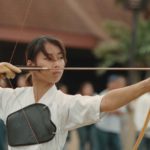 [Editor’s note: The article has been updated to reflect the correct name of the estuaries that signal the emptying of the Mekong River into the South China Sea. It has also been updated to specify that Hefner received an East-West scholarship as a doctoral student at UH Mānoa, not as an undergrad, which was incorrectly printed earlier.] 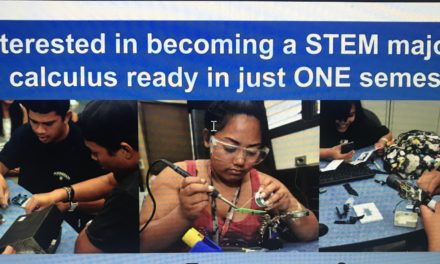 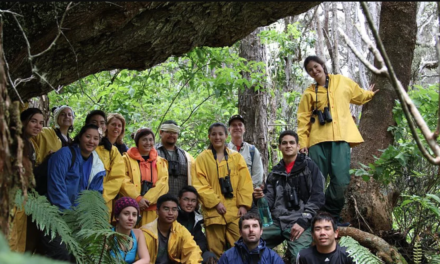 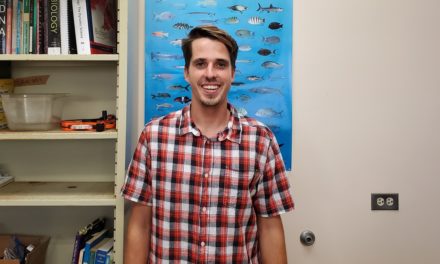 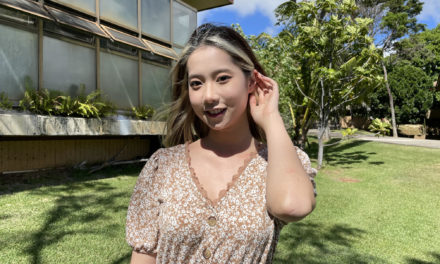