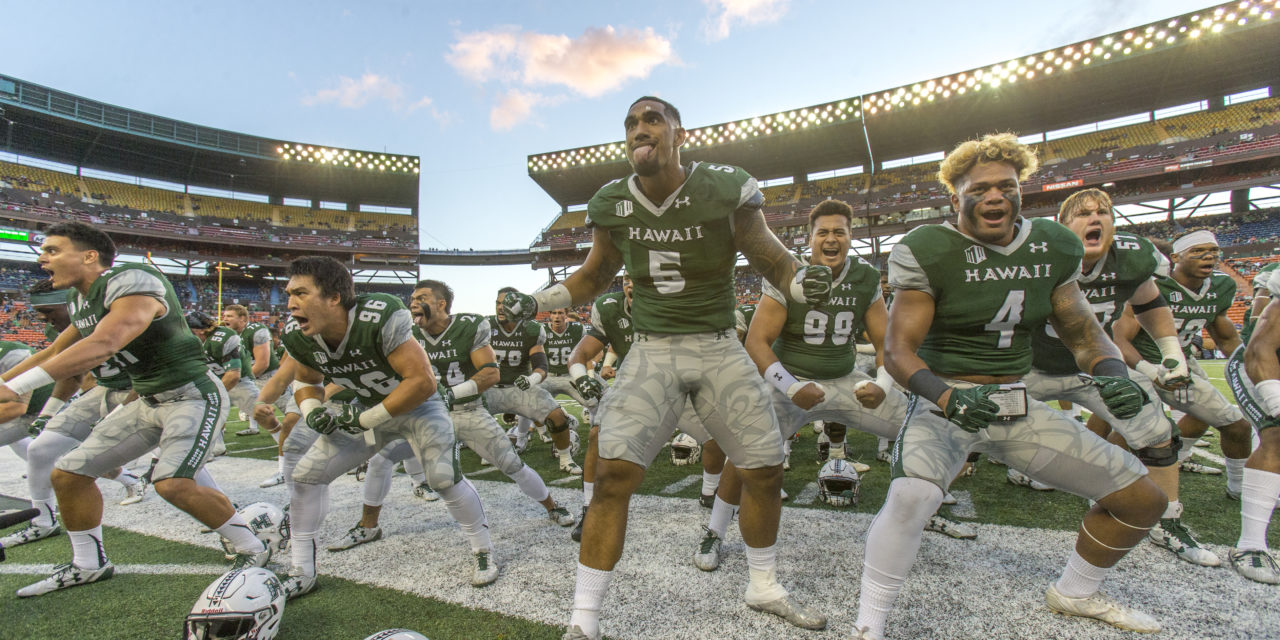 Whenever the Rainbow Warriors set foot in Aloha Stadium or the Rainbow Wahine step up to the volleyball court, UH Mānoa students who pay the $50 UH Athletics fee every semester have the opportunity to attend UH games for free and show their spirit from the student section. However, despite being part of the UH system, students from KCC and other UH community colleges still have to pay normal admission prices if they want to support their home team.

The Teamwork Fundamentals course at KCC plans to change that by next semester with Project Unity. Project Unity is hoping to implement a $50 UH Athletics fee per semester for all full-time KCC students.

The project started with a feasibility study from KCC’s Marketing 150 class last semester and has slowly evolved into a project that’s actually being implemented into the UH system by the Teamwork Fundamentals class, or EBUS 101.

“[EBUS 101] was really established to build soft skills for students in business and marketing program,” said 22-year-old Christina Gray, who is a Business Marketing major taking EBUS 101. “They found that a lot of recent graduates weren’t really able to come into the workplace with ease because they lacked the social skills and the business fundamental skills of working with others. The class really builds upon working with others in a professional setting.”

EBUS 101 used the research gathered by the Marketing class and the skills learned in EBUS 101 to put together Project Unity in hopes of uniting students from all UH campuses through sporting events.

Jamison Renfroe, a 26-year-old Business Marketing major, explained how the class broke into groups to successfully create and pitch the project.

“We had a research team that conducted market research,” he said. “We had a presentation team who gathered all the information from market research and put it into a PowerPoint presentation and eventually presented it to the [UH] Athletics Department. We also had an outreach team that reached out to students and conducted surveys, asked students questions about what they thought of the idea. [Students] were actually fired up that they don’t have that opportunity [to attend UH games for free] even though KCC is considered part of the University of Hawaiʻi.” 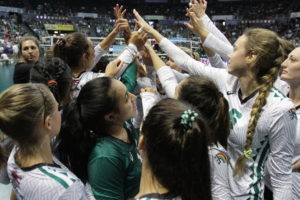 For $50 each semester, KCC students – if the proposal is approved –would be able to watch as many UH Rainbow Wahine volleyball matches as they would like. (Photo courtesy of UH Sports Media Relations)

Gray described the process as “a journey” because the class had to pitch the project to many chairmen and boards outside of just KCC to get the project started.

“I think it’s important to students because they get a sense of unity,” Renfroe said. “That’s what this whole thing is about: unity between students. They can get that interaction with collegiate sports that other huge universities have.”

Gray recognizes that there may be resistance against the mandatory $50 fee each semester that comes with that opportunity. However, the $50 per full-time student fee generates a lot of money (a potential $406,800 per semester) for the UH Athletics Department.

“This fee is going to do so many great things for the UH system and for Kapiʻolani Community College,” Gray said. “We don’t see that $50 fee fluctuating very much even with taxes and time in general. We’ve gone over projections for the next three to four years, and we see that may be fluctuating a dollar to two dollars from that 50, which isn’t much. Given the grand scheme of things, we think the $50 is more than fair for what the students, universities, and the community campus branches are getting out of this.”

KCC freshman Mitchell Chamness admits that, while he hasn’t attended a UH game for a few years, he would definitely attend more often if he had free access, especially since he would already have to pay the $50 fee.

“I think that going to a college football, volleyball, and basketball game is a valuable experience to have in college,” said Chamness.

Sophomore Jacob Woodall thinks that the opportunity would provide a great way for KCC students to interact, he doesn’t think the $50 fee is fair.

“There should definitely be an option to pay the fee or not,” said Woodall. “Some students might not go to the games at all and shouldn’t have to pay the fee.”

Right now, UH football tickets (North Endzone) are $25 each at Aloha Stadium. For UH volleyball matches, tickets range from $15 to $23. Those prices don’t include ticket fees, which is $3 per transaction online.

“Athletics has a really great impact on making people proud of where they go to school and a part of the system and we think that his fee is going to implement all of those things for the students,” Gray said.

There will be a public forum for students to voice their opinions about Project Unity in the ʻIliahi amphitheater on Tuesday, November 1, from 3 p.m. to 4:30 p.m. and on Wednesday, November 2 from 11 a.m. to 12:30 p.m. 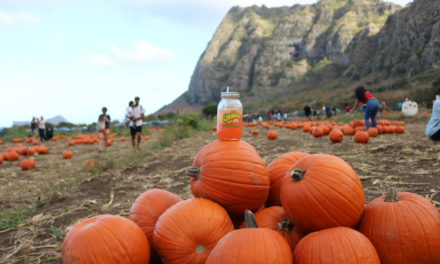 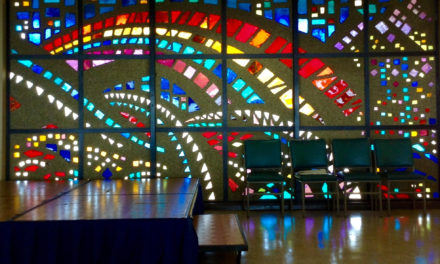 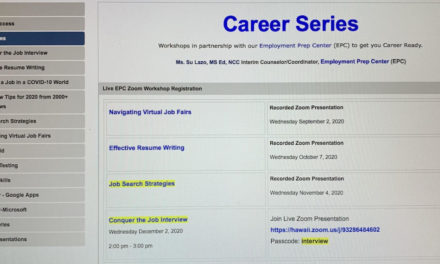 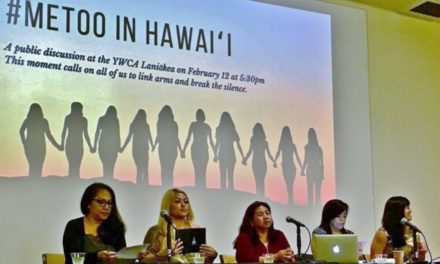