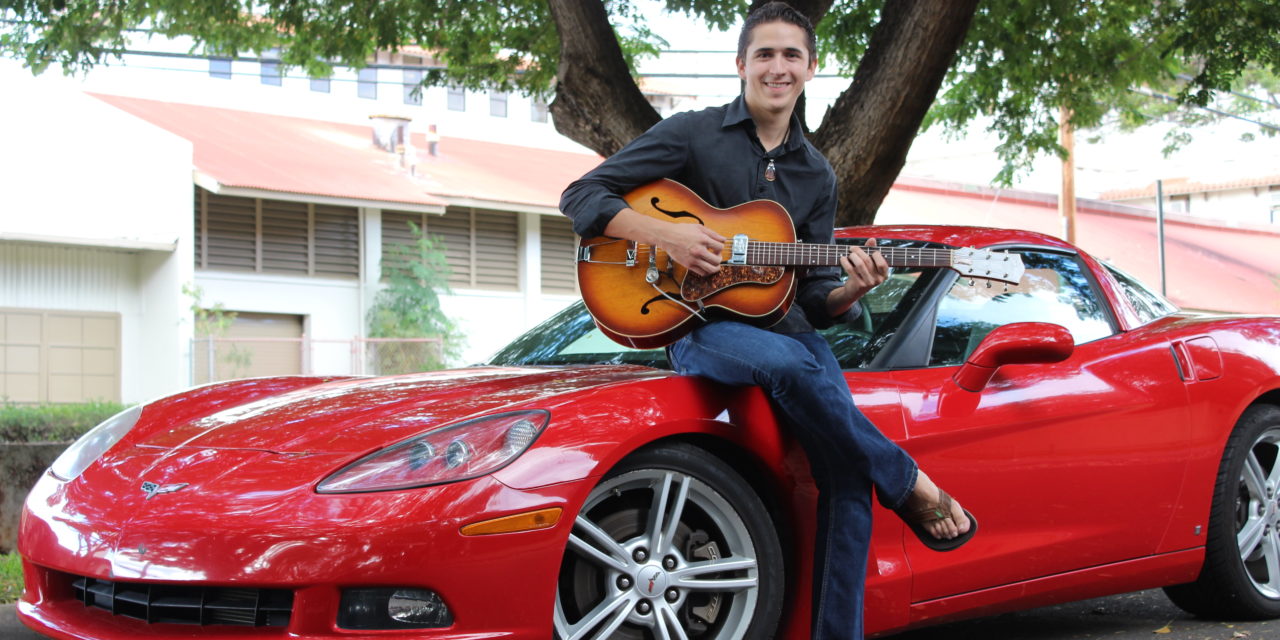 For 25-year-old Joseph Zayac, he would seem like any other freshman attending KCC wanting to get his/her Liberal Arts degree to receive a solid foundation in education with some knowledge in various core subjects such as English and Mathematics. However, what many may not know about Zayac is that he attends KCC as a veteran of the Marine Corps, while playing music and dancing professionally on the side.

Originally from Aurora, Colo., Zayac (zei·ack) attended Eaglecrest High School with the dream of becoming a soldier in the U.S. Navy. However, his plans changed after he became friends with a few classmates who wanted to enlist in the Marine Corps. Zayac enlisted in 2008 in Denver and shortly after was stationed to Hawaiʻi, where he has now been living for about seven years. 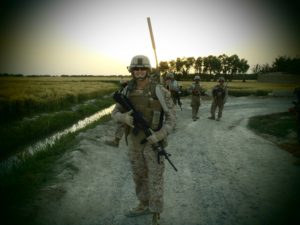 Joseph Zayac in Afghanistan on an evening patrol in 2011 during his combat campaign. (Photo courtesy of Joseph Zayac)

Zayac recalled that while being a freshman in high school, he was a big fan of the military service and chose to enlist to become proud for what he would be doing for his country. After finishing his contract of eight years in the service as a radio operator and serving two combat campaigns in Afghanistan, Zayac left the 1st Battalion 3rd Marines Infantry Unit as a Sergeant (E5).

“After 2011’s combat deployment I looked at life differently,” Zayac said. “I looked at [life] with a positive attitude; everyday’s a day that I probably couldn’t have had the chance to live if I didn’t make it back alive.”

During this time period, Zayac sustained injuries to his right leg after a local Pashtun struck him with a rebar wire during the war. Instead of turning to a doctor for therapy, he took a different course of action by doing physical and mental therapy through dancing. Zayac first learned to dance through Hawai‘i Jitterbugs, a nonprofit organization located in Honolulu. Eventually, Zayac moved on to teach Lindy Hop and jitterbug dancing styles at the Ongking Art Center in Chinatown.

Some performances that Zayac highlighted was when he danced in a 1940s Swing Ball in Colorado and performed live in the “Nutcracker” that showed at the Neal Blaisdell Concert Hall in 2016. Zayac also mentioned that he competed more than he performed live, recognizing that back in 2013 he placed fifth in the National Jitterbug Championship that was held in Los Angeles.

“The thing I enjoy most about dancing is the fact that you can go anywhere in the world … to any dance, any ballroom,” Zayac said. “… If you ask somebody to dance and they know the same style of dance [as you], you can — without knowing their language — have communication with them and build friendships so easily.” 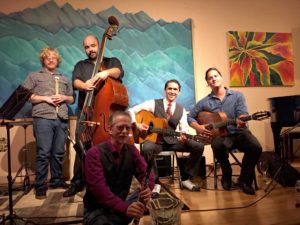 Zayac (second from the right) pictured with Gypsy 808 during a gig at Medici’s in September 2015. (Photo courtesy of Megan Held)

Being that Zayac is a jazz enthusiast, he eventually explored some of Oʻahu’s jazz clubs and soon stumbled upon a place in Chinatown called The Dragon Upstairs in 2012. He discovered the jazz group Gypsy 808, who played in this jazz club every Thursday. Zayac slowly got close with the members, remembering how he became dance partners with the lead guitar player’s sister, Kim, who was interested in learning to dance.

Eventually, the rhythm player of Gypsy 808 moved to Spain to play professionally there, leaving an opening position for a new musician. Zayac jumped at the opportunity and officially became the group’s new rhythm player in April 2015. Some may be familiar with the group after it performed at KCCAFA’s “friend-raiser” in October 2016. For those who are interested, Gypsy 808 commonly performs at Medici’s in Mānoa, The Dragon Upstairs in Chinatown, and Jazz Minds in Honolulu.

“As a musician, I appreciate everything: the rhythms, the intricate sounds that any type of musician can make, [and] their creative thoughts,” Zayac said. “Their ability to improv over chord progressions … they can really make that standard [tune] their own; it can be really different.”

While Zayac isn’t in school, dancing, or playing music, he is found doing his favorite hobbies that include yacht racing, flying single engine planes, scuba diving, and exercising. He is also working full-time as an assistant for a doctor who is developing a new generation of medical devices.

“Everything these [doctors] do and have done is built on education,” Zayac said. “It became obvious to me that education is the path to everything I want in life.” 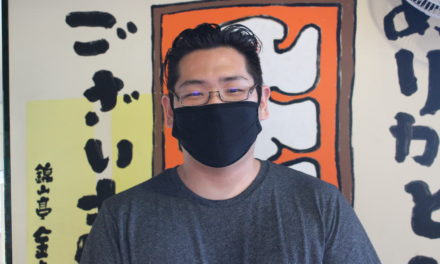 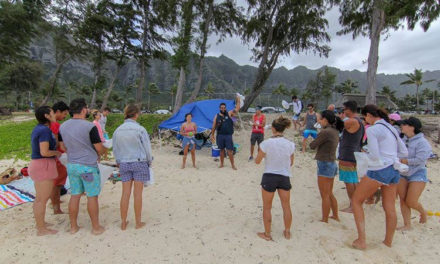 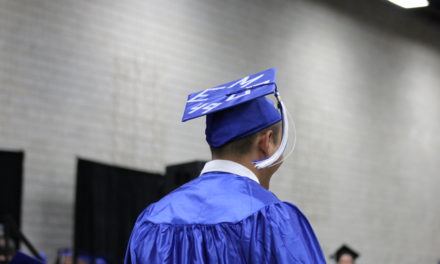 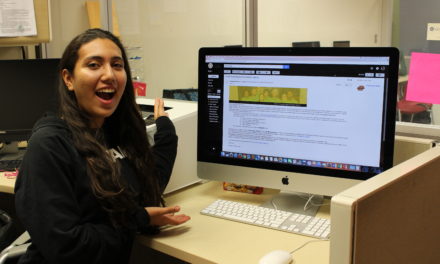