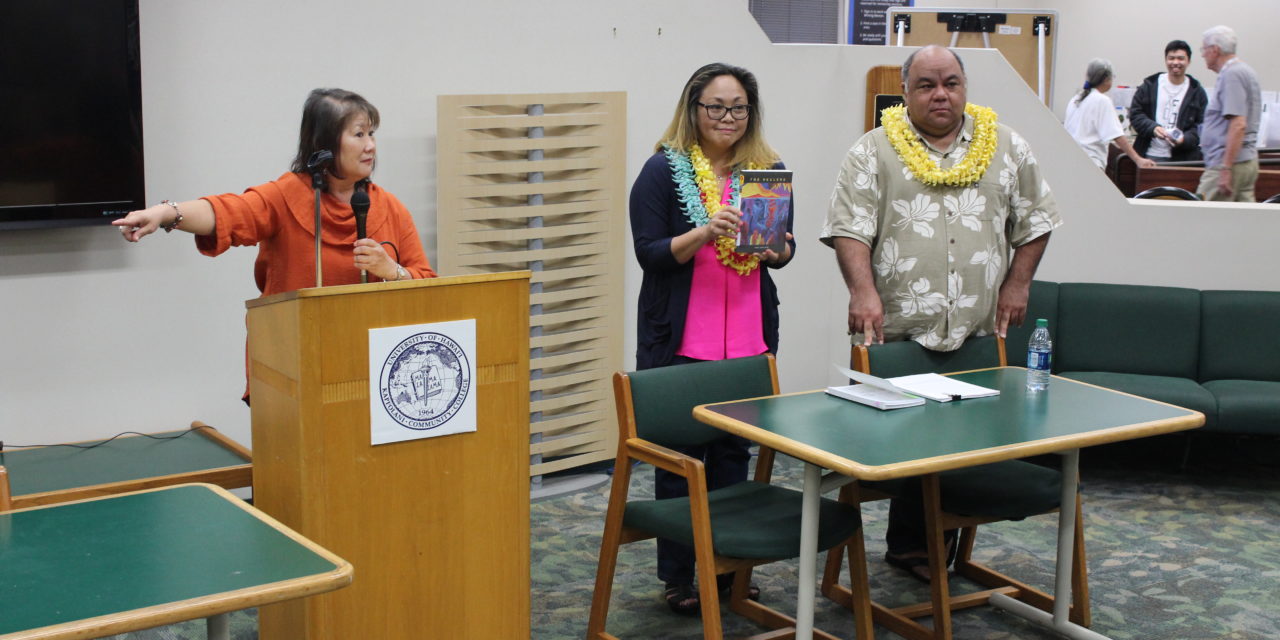 Kanae is the KCC chairperson of the Languages, Linguistics, and Literature (LLL) department. She along with Armitage originally started as co-editors for the ʻŌiwi journal 20 years ago. Kanae’s first book, “Sista Tongue,” was published in 2003, and her latest book, “Islands Linked by Ocean,” was published in 2009 and is used in several English classes on campus.

“A writer should lay themselves out on a page for everyone to see, experience, absorb, love, be mad at … and that’s what this writer has a potential of doing,” Armitage said as he presented Kanae.

Kanae presented her poem “Two Groundbreaking Ceremonies at Lē‘ahi” and prose “Bobby Pin,” both settings taking place on the island of Oʻahu. She explained how she approached character development in “Bobby Pin,” which reveals from a first-person point of a view a local girl who works at a McDonald’s in Waikīkī.

“I let the character talk, so I kind of write a … monologue for that character,” Kanae said. “ … I figure out is she passive? Is he assertive? And what kind of terms and phrases does that character use?” 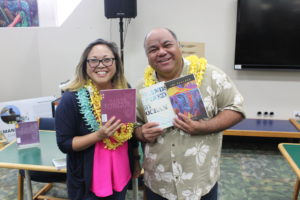 Students can find Kanae’s and Armitage’s books in the Lama Library. (Photo by Lexus Yamashiro)

She also read her new poem, “Our Flying Circus,” which she wanted to read aloud to those who attended the literary reading. Kanae emphasized that as a creative writer, reading out loud either to yourself or to others will help the writer to recognize errors and how it will sound from a reader’s perspective.

Armitage is an assistant professor at the Kamakakūokalani Center for Hawaiian Studies. He recently received his doctoral degree in the English department at the University of Hawaiʻi at Mānoa, and has published more than 20 books, which include children’s books, short stories, and poems. He has also edited numerous anthologies.

“In the end, what you put down on paper must be read by an audience right?” Kanae said, “So you want to have another pair of eyes to take a look at what you’re writing, and Kimo Armitage has always been — for a long time — that other pair of eyes for me.”

Armitage’s book, “The Healers,” was published by the University of Hawaiʻi Press in 2016, and he recently won the prestigious national 2016 Maureen Egan Writers Exchange Award for poetry. His poem, “Grandma Tries to Heal Boy,” developed from the time he visited his grandma and witnessed two homes down an eight-bedroom care home for senior citizens being built. Originally, Armitage explained that he wanted to create this poetry book based on the Big Island case of missing child Peter Kema Jr., but he decided not to since he did not like to read about, much less write about, abuse.

“I’m going to write about stuff that really is on my mind and that I love to write about and that is colonization and alienation of our people,” Armitage said as he explained that he can write about characters who come from Tahiti, Micronesia, and Japan, and what he/she is experiencing struggling with in his/her life.

While answering questions, Kanae and Armitage shared some of their personal techniques and experiences in producing literary works, and advice for the creative writers who attended. Armitage shared that after writing “The Healers,” he stopped writing for about three years because he became tired of it and was emotionally exhausted. Kanae also shared that although first drafts are important, it can be painful.

“Everybody’s process and everybody’s journey is different … whatever your relationship is with writing it’s just to enjoy it and nurture it …  in a way that anytime you’re inspired by stuff, write it,” Armitage said. 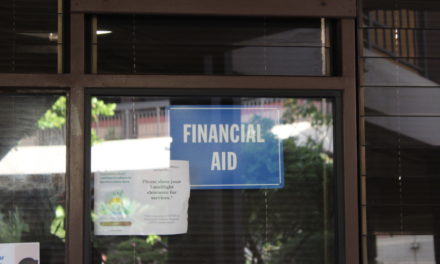 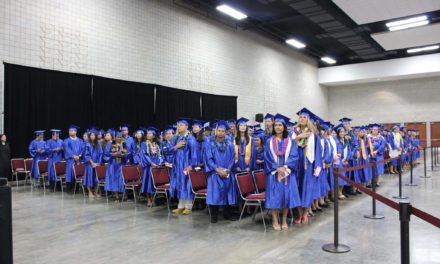 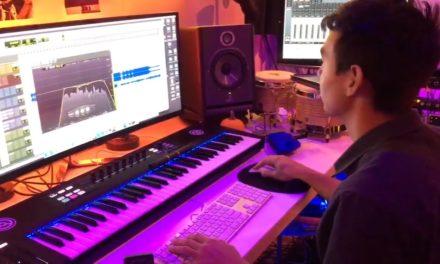 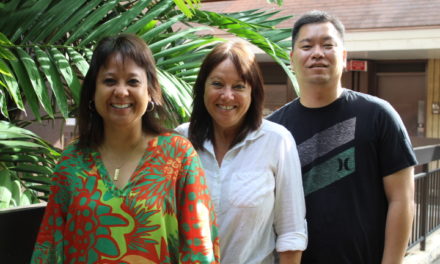