Reflecting on an Open-Ocean Swim Race 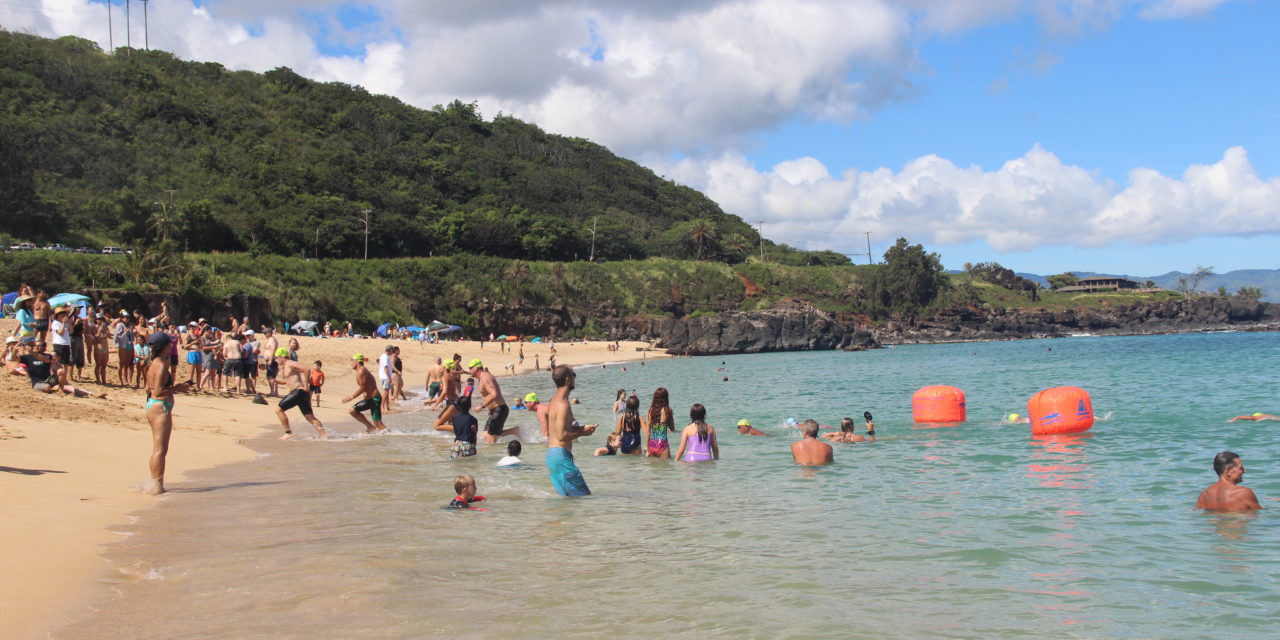 My official race strategy for the 1.2 mile Cholo’s Waimea Bay Swim only crystallized during the five-second countdown before the starting horn sounded off and sent a pack of swimmers, including myself, barreling diagonally across the bay from a water start near the river mouth toward the Wananapaoa Islets on the far western side.

The race was the second stop of five in the annual North Shore Swim Series and attracted a little over 500 fellow competitors to the legendary Waimea Bay this past Saturday, June 24. Swimmers of various backgrounds and ages participated; the youngest competitor was just eight years old while the oldest was a sprightly 82.

Although there was an element of competition to be found in the race, especially for the fastest swimmers, these open-ocean swims are more of a celebration of youthful exuberance and camaraderie than anything else. Many folks develop close friendships with their training groups and the sport of swimming, in contrast to running, is a low-impact activity that can be enjoyed for a lifetime. When you factor in the beauty of crystal clear waters off Hawai‘i, it’s easy to see why open-ocean swim races have so much appeal.

Though officially a race with awards given to top finishers, the whole event was marked by a commitment to safety. An announcement was made over the intercom system to respect each other’s space, especially in the chaotic moments of the race’s start when the pack is the thickest. Something along the lines of “this isn’t water polo” was referenced to illustrate this point.

I chuckled, mostly because I used to play water polo, and the reference reminded me of the sport that was formerly a competitive outlet of mine. Even if back in high school I used to be a comparatively much better water polo player than a swimmer, I’ll forever enjoy the thrill of competitive racing in a pool or ocean.

As an aside, if the race distance for the Waimea Bay swim, measured in “mileage,” sounds imposing, it’s really not. Serious swimmers will routinely swim the equivalent distance of about 2,100 yards during pool workouts. In fact, during my high school swim season, we would consistently exceed that distance, often by a factor of at least two, in a single afternoon.

This made my last-second race strategy of “sprint, hard pace, sprint” ambitious, but not surprising, and I nearly ran out of gas halfway through the race. Knowing that awards were given to top finishers by age group was motivation enough for me to at least attempt something short of a miracle given my prior training for this swim.

I’ll pause there and remind myself of the following elements of truth: I’m not in the midst of high school swim season nor had I been committing myself to workouts of equivalent vigor before the Waimea Bay swim.

Though I may have exhibited a competitive mindset for the duration of the race, I found myself enjoying the novelty of swimming in the deep blue waters around the perimeter of Waimea Bay, including out along the far eastern point where the final buoy was situated during the swim race. It’s out at this point that surfers have, historically-speaking, ridden some of the largest and most menacing waves on the planet. In fact, surfers watched the surf spot for nearly a decade before mustering up the courage to actually attempt the wave back in the 1950s.

Waimea Bay was also the first place on the North Shore to have lifeguards and none other than the heroic Eddie Aikau was the first to sit guard in the iconic tower at the beach. Swimmers and surfers alike were protected under his watchful eye. Despite countless harrowing saves, he is revered and credited for ensuring that no lives were ever lost.

During the first-ever surf contest held in memory of Eddie Aikau, back in 1987, it was his brother Clyde that won the event. Clyde apparently was able to find the biggest waves, breaking much further outside than the other ones, after noticing two turtles that guided him to the takeoff spot. It is believed that these turtles embodied the spirit of his late brother Eddie, and this story always gives me goosebumps.

Having knowledge of that piece of history, I kept my eye out for turtles along the swim, especially out along the point where large winter waves crash. I never saw any during the actual race but I did happen upon a turtle during my pre-race warm up, which gave me reassurance about my own upcoming safety during the swim since turtles are considered good luck in Hawaiian culture.

In the end, to complete this swim safely was an accomplishment for myself and all the other participants. Nine of the top ten finishers were teenagers, and since those days are behind me, I realistically have to acknowledge that these open-ocean swims will encompass more than cutthroat competition, at least to me. However, since I am a competitive individual, when I do train for the Waimea Bay race next year it will be to make sure that I can best my own personal time in the race, turtle sighting or not.

For more information on the North Shore Swim Series and the next race, check out the link here. 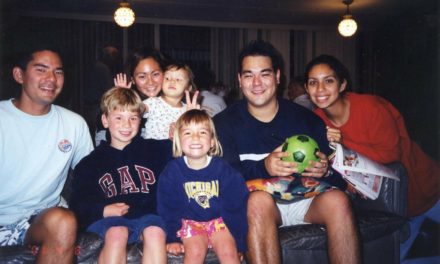 Perspectives on Moving to the Aloha State 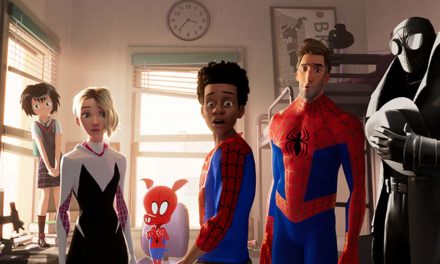 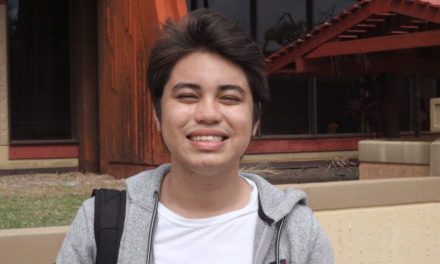 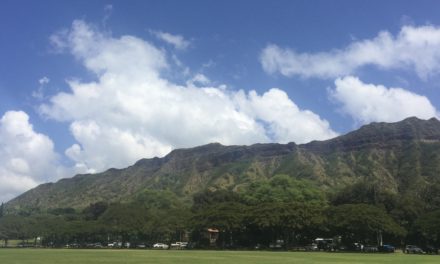