Professors Offer Advice on How to Ace Their Subjects 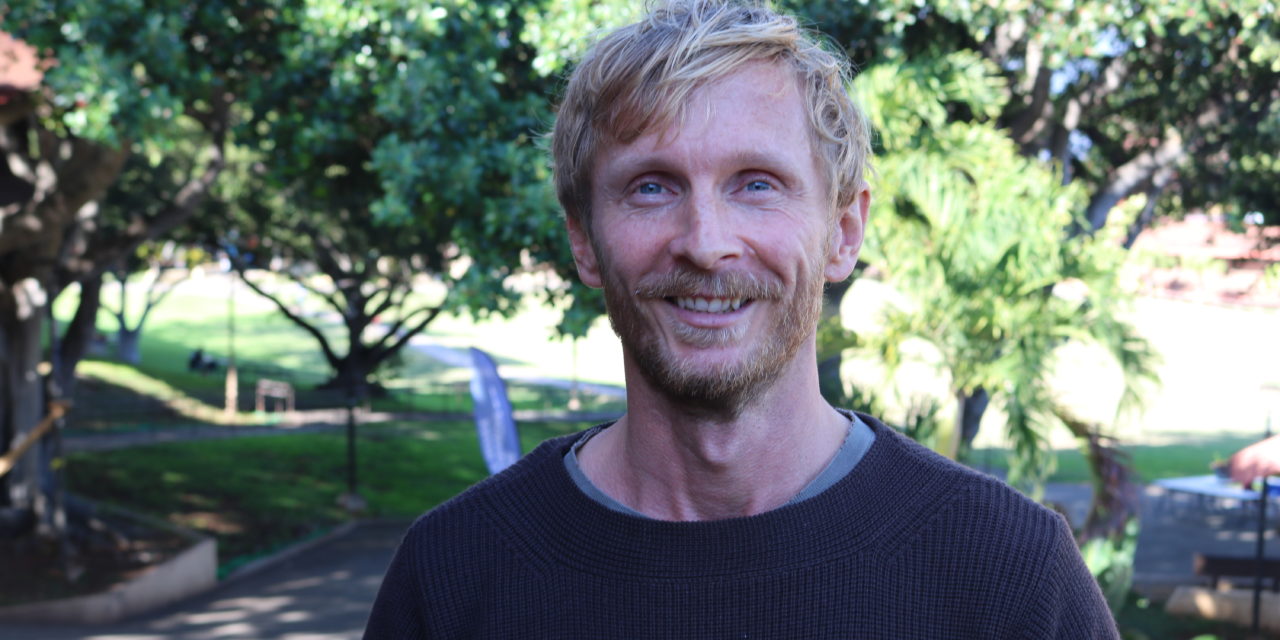 For many students, the stress from final exams can become a worrisome experience. Many students will soon receive their final grades after the exams, and Summer Break will be their reward. Many students will try to finish their classes with A’s, but for other students this many seem like an impossible feat. Professors from various academic subjects at KCC offered their advice and tips on how to ace their classes, along with other classes in their field. It is important to remember that students are the heart of any college campus, and that their actions can someday change the world for the better.

“I want students to remember that they are part of the discussion on campus, and sometimes it’s a great idea to challenge a professor on things,” said English professor Beau Ewan. “College is about contributing your voice to society. Everyone’s voice on a college campus can create an impact and be meaningful. Every student’s voice has the ability to change the future some day.”

For students who struggle in math, Kitsuwa stressed the importance of asking for help early in the semester instead of later.

“In addition of going to your professors or the Study Hub for help, I suggest you go online to look at YouTube videos and practice problems,” she said. “Math is a subject where it’s better to find new practice problems to work on instead of staring at your notes and doing the same problem over and over again.”

The most important advice Kitsuwa gave is to remember your “math rules” and operations. The biggest mistake in math classes is that students do not remember the rules, procedures, and steps to solving different equations. The easiest way to change this is to ask questions in class and to not ditch lectures.

“You have to be responsible,” Kitsuwa said. “My best students do their homework on time and ask questions for clarification. Students in math must know the basics, such as adding and subtracting numbers correctly and how to use a calculator.”

In many classes, but especially math, it is a wise idea to study for a test many days in advance. The concept of “test anxiety” affects many students, and Kitsuwa believes that studying far in advance will help students perform well on the day of an exam. Cramming information into your brain isn’t a good idea; instead it’s best to study over the course of many days.

Tobias Friedrich is a 42-year-old oceanography professor at KCC who is originally from Berlin, Germany. Friedrich has a PhD in Physical Oceanography from Kiel University (2009), and he has been teaching at KCC for the past four years. Along with being a professor at KCC, Friedrich also conducts scientific research on Earth’s oceans and climate at UH Mānoa.

“In the field of science, there’s basic concepts and these concepts have processes behind them,” Friedrich said. “In Earth Science, you need to know basic principles like physics and gravity. If you don’t grasp those, then you won’t really be understanding concepts like ocean tides or currents later on. If you learn the basic concepts, then you can start to interpret geologic events and comprehend science’s processes. Your degree of understanding in science is reflected by your ability to explain natural processes to others.”

To do great in Friedrich’s class, along with other science classes, dedication is an absolute must. Students must invest time into their work and should ask their instructor for guidance. It’s a good idea in science classes to also be organized throughout the semester, do your homework on time, and study in advance for exams. If you don’t want to be at college, you shouldn’t waste your time or others’ time.

“I recommend bringing questions from material on the exam to class so everyone can discuss the information and benefit from it,” Friedrich said. “Group work for studying is good too. It helps you understand material or share your knowledge with others.”

Before you register for a class, it is wise to look at the course’s description and email the teacher with questions.

“Look at course evaluation responses to know what a professor or class will be like,” Friedrich said. “In my class for example, you should know that you will be learning about real science processes like gyres, upwelling, and convection currents. My class is more than just looking at colorful reefs and cute dolphins.” 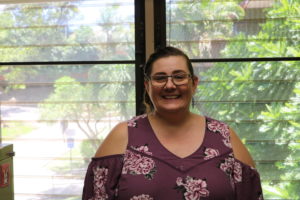 Professor Julie Rancilio teaches World History 151 and 152 at KCC. In the past, she has also taught Asian History 241 and 242. (Photo by Sam Ehrhart)

“You shouldn’t get caught up in the little details about history,” Rancilio said. “It’s easier to just remember the bigger and broader aspects. Most dates aren’t critical, and most people aren’t super important. Although if your professor specifically mentions a Roman emperor or a religious figure, then those are the people who you really need to remember.”

History in college is far different than history in high school. College history focuses a little bit on memorization, but a bigger focus is placed upon analyzing historical texts and then explaining the how’s and why’s behind events such as invasions or religions.

“You need to become an active reader since you’ll be reading a lot of texts and historical documents,” Rancilio said. “I also recommend using Post-it Notes instead of highlighters to point out key historical events each page, so it’ll be easier to study later for an exam.”

Many students routinely take notes with digital technology. Computers and cell phones allow information to be stored quickly, but the information won’t be retained by students as well as with pen and paper.

“Don’t use technology to take your notes,” she said. “Just put down your mobile device for a while. Write your notes by hand so the information will get drilled into your brain. It’ll help you in the long run.”

Kataoka’s top advice for students is to be fully committed to whatever world language you signed up take. Students need to have an interest in learning the foreign language, must have an open mind, and need to leave their ego at home with them.

“People must be committed to learning Japanese or any language,” Kataoka said. “You must be respectful to your fellow students and your instructor. I also recommend finding how resourceful and responsible the other students are. These students can become a ‘study buddy’ for you; they definitely help you learn the information.”

Kataoka believes that being motivated to do well, speaking with traditional speakers, trusting your peers, and understanding what the class entails will lead students to success.

“Language classes are all skill oriented,” he said. “They’re like an art class or a sport, you must demonstrate you can do the tasks by practicing a lot. Trust is also important, it’s necessary to trust your professors 100 percent.”

Kataoka wants students to remember that grades aren’t critically important. Students need to look at the bigger picture of what they are learning. He also believes that students in world languages need to put down their phones and surrender themselves to the class to learn information.

“Japanese, along with every other language, gives you a new perspective of the world,” he said. “You start to understand and see things you’ve never noticed before. I guarantee that if you learn a new language, the world will look back at you in a new way too.” 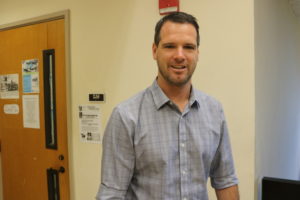 Professor Beau Ewan said “… being self-critical of yourself is the most important thing to do in any English class.” (Photo by Sam Ehrhart)

Beau Ewan is a 37-year-old English Composition and Literature professor at KCC who is originally from Spring Lake Heights, N.J. He has a Bachelor of Arts in English and Creative Writing from Flaglier College (2004) and a Master of Fine Arts from Florida Atlantic University (2013). He has been teaching at KCC for five years. Ewan currently teaches ENG 98, ENG 100, and ENG 273N. In the past he has taught Creative Nonfiction, Advanced Nonfiction, Introduction to Nonfiction, and ENG 200 at FAU.

“I believe that being self-critical of yourself is the most important thing to do in any English class,” he said. “The best writers in general are able to critique their own paragraphs before they hand in their work.”

English courses are unique since they are some of the few classes that teach skills instead of emphasizing memorization. These skills include proper quotation, correct punctuation, smooth sentence flow, and strong thesis’s and evidence in an essay. The most important skill needed in an English class is that students must learn how to revise essays.

“Students need to understand that the English education and writing they completed in high school may not give them a passing grade in a college class,” Ewan said. “The work is harder, you think more critically, you analyze texts more, and your evidence has to be stronger.”

However, Ewan believes that grades are not critically important to a student’s success. While an A is a huge accomplishment, it has little practical usage after your college graduation.

“Yeah, you might get an A in some English Composition class, but no employer is really going to care about that,” he said. “They will be impressed seeing the ways that you demonstrate how you can write efficiently in different situations, or how you can write a report correctly. Students need to understand that grades aren’t life or death like they make it out to be.” 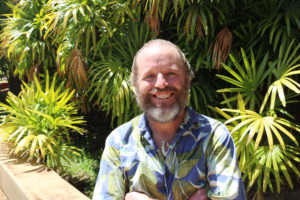 Anthropology professor Joel Van Allen said that “People need to remember that anthropology can relate to any other academic class since they are all based around cultures in some way.” (Photo by Sam Ehrhart)

The biggest factors that contribute to a student’s success, Van Allen believes, is great time management, communication with the instructor and peers, remembering why you’re at college, and maintaining good physical and mental health.

Anthropology focuses heavily on reading textbooks and writing essays. For many anthropology students, an electronic copy of a textbook sounds like a great idea since they are relatively cheap and easily stored. Van Allen believes, however, that these digital textbooks are a bad idea.

“Yeah, paper textbooks can be really expensive and stuff, but they’ll definitely pay off in the long run,” he said. “A hard copy of a textbook means you can take notes in it. Students should cover the hell out of their textbook with highlighted notes, Post-its, doodles, whatever helps them study. Oh, and you can still sell your textbook back for an embarrassing $13 at the end of the semester if you want.”

Since anthropology studies human cultures, some of the topics will make you uncomfortable and you must be prepared for those scenarios. It is best to enter an anthropology class by being humble, curious, and respectful of other people’s beliefs.

“To get an A in anthropology, you must be thoughtful, open-minded, and respectful to your peers, the professor, and other groups of people throughout the world,” Van Allen said. “Students who get an A must take the time to do research for essays and they must study other cultures for exams and quizzes.”

When asked if he has any final advice for future anthropology students, Van Allen offered two vital ideas.

“People need to remember that anthropology can relate to any other academic class since they are all based around cultures in some way,” he said. “There’s one super important part of a student’s success I didn’t mention earlier. It’s that if you get extra credit opportunities, you should do them all. Do as much as possible. Like seriously, do as much damn extra credit as you can, it’ll help your grade tremendously.” 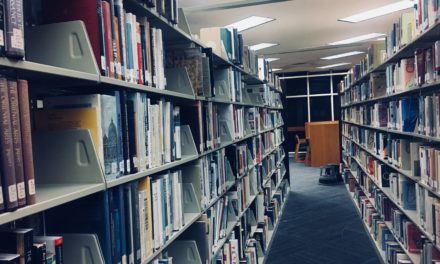 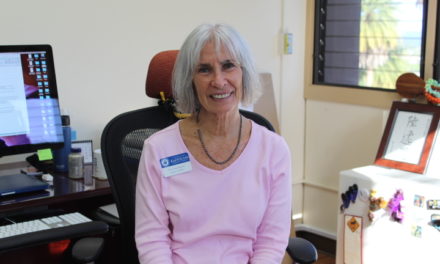 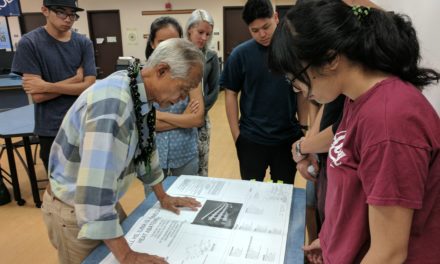 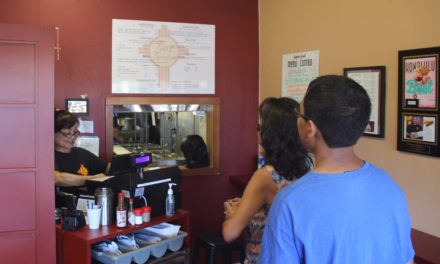