Lēʻahi: Trial by Fire: A Cook’s Journey in the City by the Bay 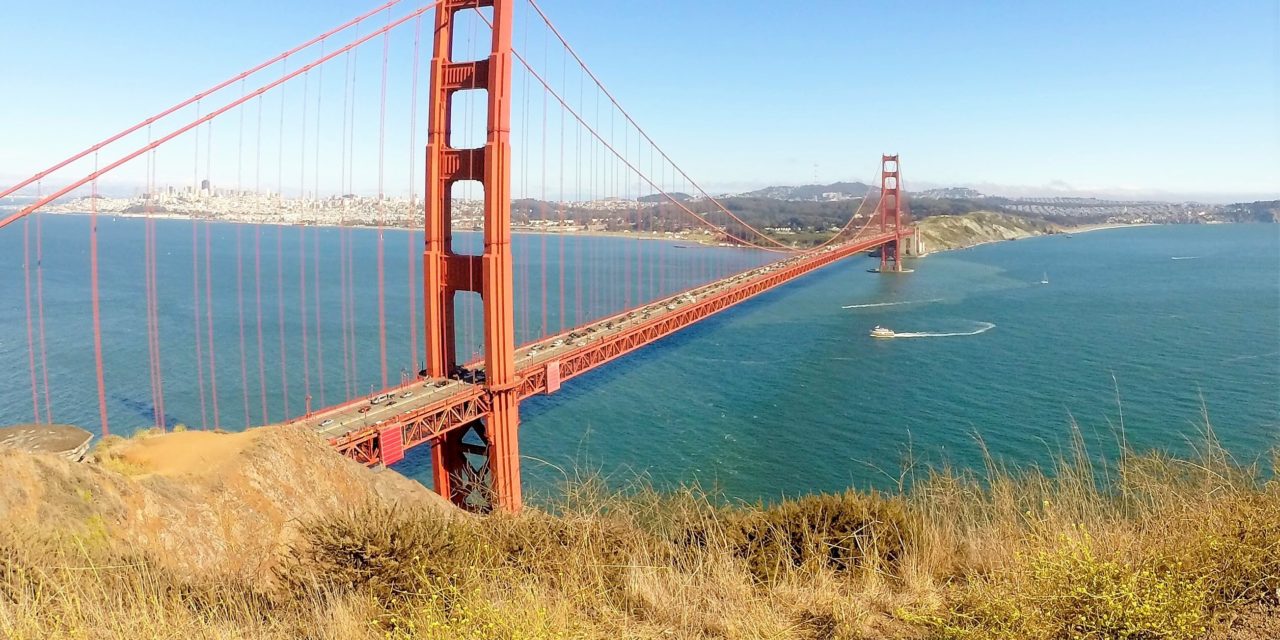 [This student submission was selected to appear in Lēʻahi, a student journal of creative arts that includes poetry, fiction, drama, film scripts, autobiography, narrative, creative nonfiction, art, and photography. For inquiries and information about submissions, contact Board of Student Publications.]

San Francisco is heaven for a professional cook. I first experienced the magic of “The Paris of the West” in the summer of 2016 while on a vacation. My goal was to eat as much as I possibly could in a ten-day period. The colorful street food of the Mission District takes you straight to Mexico with its juicy carnitas tacos, spicy salsa, and cold cerveza. The white-tableclothed, Michelin-starred restaurants serving twelve-course meals while patrons sip champagne are punctuated by the faint smell of expensive perfume lingering from nearby tables. The vibrant farmer’s markets contain endless selections of fresh tomatoes, strawberries, melons, herbs, citrus, oysters, and fish. In California, everything is always in season. By the end of my trip, I had a loftier goal in mind: I had to cook here.

So at the ripe age of twenty-two, I uprooted myself from an entire life spent in the Hawaiian Islands and moved to the chilly, fog-covered city by the bay. I had been a line cook for three years prior to this, harboring dreams of becoming a well-known chef and representing Hawai’i. In my inspired stupor, I was convinced I had what it took to survive in a new city. With this perfect dose of naivete, I took the plunge.

I landed at one of San Francisco’s best Italian-inspired restaurants, Flour + Water. They had fresh ingredients, meat butchered in-house, a constantly changing menu and pasta…a lot of pasta. It was everything I had envisioned when I dreamed of the perfect restaurant, much in the same way a woman imagines her ideal husband. But like any relationship, my journey with this restaurant was not at all easy.

The hardest part in the beginning was the culture shock I experienced. There was a largely Hispanic presence, particularly the prep cooks, in the restaurant. There was Alejandro, the Mexican maestro who could do every task assigned to him faster and more efficiently than anyone else. His wife, Reina, who made the most uniformly perfect fresh pasta I’d ever seen. They had their own team of fellow Mexicans who did most of the prep in the morning. Then, we had our team of porters, a scrappy group of Hondurans who talked smack with every single person, no exception. Naturally, they all spoke Spanish and I, of course, did not. I immediately felt like an outsider.

My fellow line cooks came from various backgrounds, but they all had one thing in common: they were smoother, faster, and just plain better than I was. The restaurants I had been cooking in were nowhere near as fast-paced or advanced as the restaurants in San Francisco. These cooks had gone through the ranks in restaurants that were far superior to any I had worked in. Being a line cook is like being in an exclusive club or gang, and each restaurant has their own. In this profession, you spend more time with your fellow cooks than anyone else. Fitting into this community is essential to succeeding and helps one survive the rigors of the job. I was determined to become part of this new gang.

To be accepted, you first have to be able to keep up with the others. Cooking is a fast-paced, action-packed, adrenaline rush, much like a sport. You spend most of your day prepping for service, ensuring you have everything you need to do your job as perfectly as possible. Then service comes―an onslaught of orders and chaos. No matter what you do to plan for this inevitable battle, every night brings a multitude of curveballs. If you can’t organize yourself extremely well and quickly execute each dish, you’ll end up “in the weeds.”

During the first couple of months at Flour + Water, I lived in the weeds. I was on garde manger, the station responsible for appetizers and desserts. Every station had one cook assigned to it each day. I could never finish all the prep I needed in time for service by myself. This was always painful, watching everyone else confidently going into service while I floundered, too ashamed to ask for help. So, Chef Kate or Chef Evan would come over to my station and dutifully tie up loose ends. “You mean you didn’t finish the anglaise yet, and you have NONE to start with? That was poor planning.” Or “You didn’t slice any of your charcuterie? We need charcuterie platters for the private party in 20 minutes!” I would try to hide my look of embarrassment and say,“Yes, Chef. Sorry, Chef. I’ll try harder next time.” I was always trying harder than I did the day before.

I pushed myself to be better every day because I had my heart set on one thing: I wanted nothing more than to work the coveted pasta station. It was the fastest, most demanding, and most technical station in the restaurant. The pasta cook was responsible for more dishes than any other station. You had to be swift, smooth, and execute each dish with extreme finesse. And I wanted to be able to do all these things. I watched the pasta cook every day, trying to pick up some clue to his success.

Eventually, I got to the point where I wasn’t always in the weeds, so they moved me up to the wood oven station. This was one step below the entree and pasta stations. I was responsible for the pizzas and a few side dishes. It was exhilarating being in front of that thousand-degree oven, constantly feeding it the wood it needed to burn bright through the night. It was a messy station, leaving you covered in flour and tomato sauce by the end of each night, sweaty and thirsty beyond belief. It was a blast. But it wasn’t the pasta station. I was always in Chef Evan’s ear: “When do you think I can train on pasta?” His response was always that they needed me more on the station I was already on, but “Soon, we’ll have space for you. You’ll be the next one we train there, I promise.”

But the months went by and I watched multiple newer, less adept cooks get placed on the station I desired to make my own. Each time this happened, it was like a small knife to the heart. Why was it always the men who got to work this station before me? Was I not good enough? Had I not proved my worth enough? Did I not pay enough in blood, sweat, and tears?

What made things easier to bear were the friends I found in my fellow line cooks. The battlefield that was cooking at Flour + Water had brought us together as comrades. Mikey, the bespectacled Filipino-American from the East Bay, always exuded calm. Ryan, the bearded entree cook who always found himself a bit overwhelmed, could find a way to motivate you while making you laugh. Ben from Chicago appeared demure at first, but underneath his discipline was a delightful sass. Stress tends to unite people, and we were the perfect example of this. Every day with these guys was filled with shit-talking, laughter, quick comebacks, and most importantly—encouragement. We always found a way to lift one another up. I had finally been accepted into the gang. I even learned some Spanish.

After almost nine months at Flour + Water, Chef Evan gave me the news I had always longed to hear: “We’re gonna train you on pasta starting next week.” I couldn’t believe my ears. The night before my first pasta shift, I could hardly sleep. On the day of, I was as eager as I had ever been in my entire cooking career. It felt like my whole life had been leading up to this point. I set up my station impeccably―every spoon, knife, and tong in its place. A pile of soft butter sat in the middle of the counter. My reach-in fridge was loaded with prep for the evening: braised pork, preserved lemons, chopped rosemary, poached salmon, diced tomatoes, and more. A full rack of fresh pasta was lined up to the left of my station, having been made only a few hours before. Everything was where it belonged and best of all, there were no weeds in sight.

Twenty minutes before service, with my pasta water boiling violently behind me, I tied my apron on nice and snug. As I took the last sip of my pre-service coffee, a feeling of accomplishment swept over me. There I was, standing at the helm of the station I had dreamed about for almost a year. Everything that had seemed so intimidating and impossible on my first day at Flour + Water was now my reality. The workload that I once struggled to carry was now a breeze. The cooks I once felt were leagues above me were now my equals. I had grown into not just a stronger cook, but a more confident woman.

As Chef Evan approached the pass to check in with each cook, I felt nothing but pride and self-assurance. Turning to me, he asked, “Ready for an awesome service?” 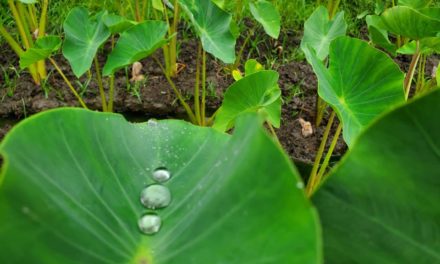 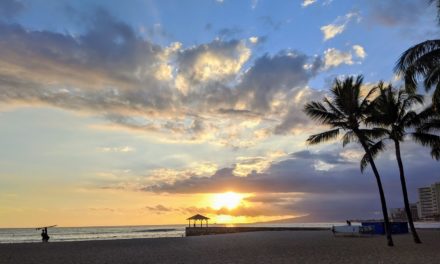 Lēʻahi: Children of the Sun 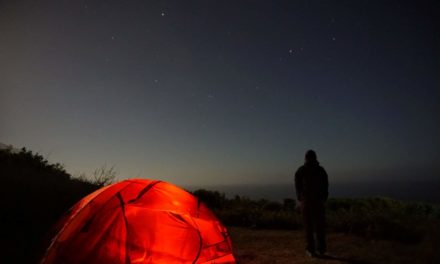 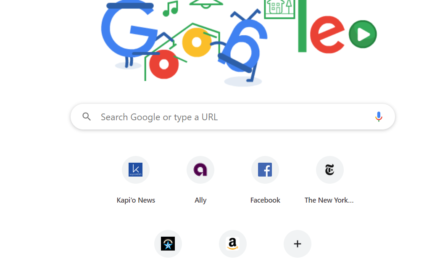