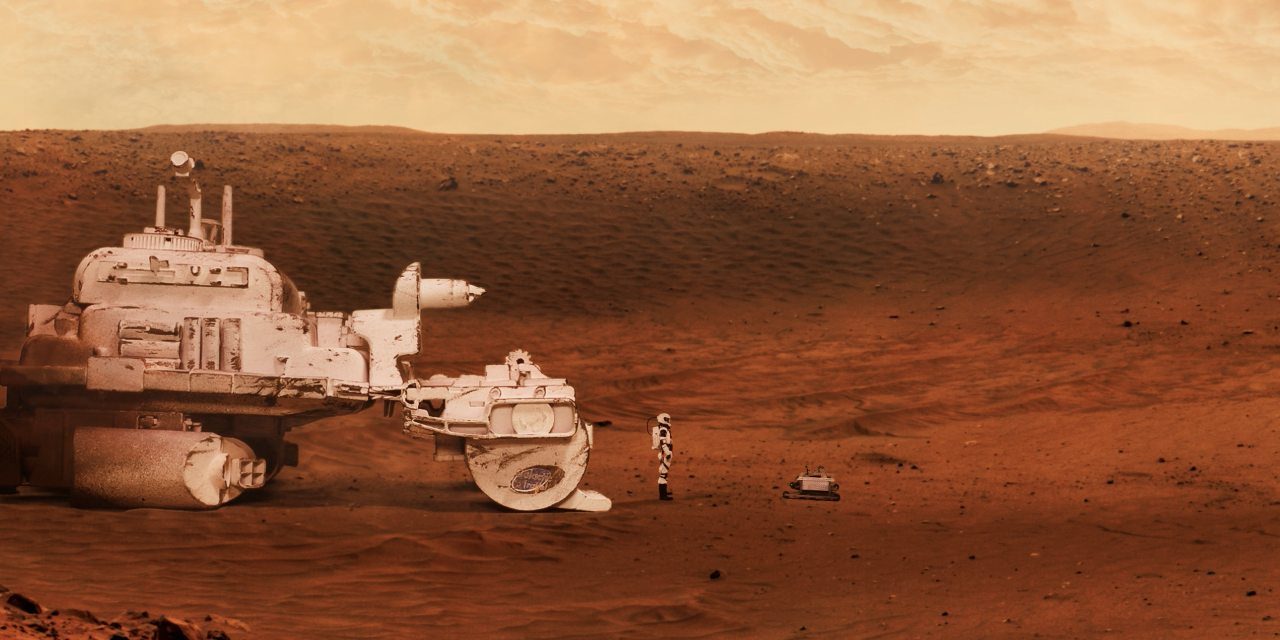 With technology and information, such as cameras and YouTube, becoming more widely available to the average person, there has been an uprising in the number of young aspiring filmmakers in the last decade. I am one of those people hoping to one day see their name in the credits of popular movie on the big screen. Despite making a few fun home movies over the last few years, I only made my first fully fledged short film this year. I made the film, titled “13 Minutes,” in my high school’s Art and History of Film class.

A short clip breaking down the special effects of “13 Minutes” layer by layer. (Video by Gavin Arucan)

The film has since moved on from being shown in my former school’s film festival to being featured in Hawai‘i International Film Festival’s upcoming student showcase on Nov. 12.

I worked with four other crew members to put together a short science fiction film with limited resources and a strict deadline. Throughout the process I learned a lot about the filmmaking process and the medium itself that not only made me a better filmmaker but also changed how I view the craft in general.

I know there are many others who dream of making their own movies, so I have gathered below some of the best advice I have for aspiring filmmakers, keeping in mind the limitations and struggles that filmmakers with no budget have to deal with.

Watch a lot of movies.

It’s nearly impossible to create movies without actually watching some. I try to watch as many films as possible, whether or not it’s good or bad or old or new. By watching and analyzing movies, I pick up on many common tropes and storytelling or cinematography techniques that I might use or avoid. It’s important to watch a wide variety of films. The blockbusters released today are vastly different from those from the 1960s. Independent and foreign films tend to display unique ideas that the normal Hollywood film wouldn’t. While you should never blatantly steal an idea from a film you watch, the movies you watch may inspire your own creative idea or story to tell through your own films.

Talk to other film lovers.

Sometimes just watching and studying a film on your own isn’t enough. There’s countless movies where, after my first viewing, I missed something or just didn’t understand the movie. It’s important to get a different perspective on a film. By conversing with someone who likes the same movies you do, you discover new aspects that you might not have noticed before in your favorite film which might elevate your passion for it. Defending a movie you like against a friend who dislikes it is fun to do and might reveal more about why you like it or why it may be flawed. 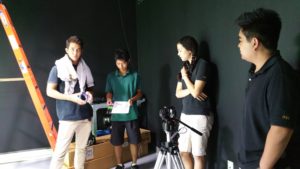 Arguably the most important act an aspiring filmmaker should be doing is making a lot of movies. Watching movies is one thing, but you’ll only truly learn through trial and error. While making my first student film I was learning new skills that I didn’t know from watching dozens of movies just before then. All the behind-the-scenes featurettes in the world couldn’t have prepared me for the stresses of having to direct several people to create a short film from scratch by a certain deadline. The experience taught me many valuable skills related to organization and teamwork.

I know it may be difficult to keep making films, especially if you go to college or work. While filmmaking is the absolute best way to practice, there are alternatives to keep your creative juices flowing. Try to write as much as possible. Whether it be a screenplay, movie review, or a short story, it’s always good to be creating. The same can be said about drawing. Even if you can’t actually make a movie, it’s still possible to do pre-production work, including storyboarding and character or setting design. Who knows? Maybe your creations might become a good film once you have the time.

Get to know your crew.

In the case of making “13 Minutes,” I worked in a small group of five that was entirely new to filmmaking, so it was a learning experience for everyone. It was tough getting everyone on the same page and working towards one specific vision, but as each of us discovered new skills that we were good at, everyone started throwing out creative ideas that were eventually incorporated into the film. For those making a film outside of class, your crew will probably consist of friends or family, which goes back to the earlier piece of advice of surrounding yourself in other film lovers. 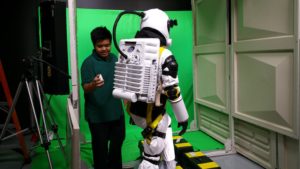 Director Gavin Arucan fixes a broken piece on the astronaut suit’s backpack, which is based around a plastic cake container. (Photo by Ku’ulei Rodby)

Be resourceful. Let your limits drive you.

For most beginning filmmakers, the budget is the biggest obstacle. You’re basically scraping together all the cameras and tools you need to record, begging friends to act, and trying to get all the props you need with the $10 in your pocket. During the pre-production phase of “13 Minutes,” we found that our limited budget actually helped us be more inventive with the way we filmed and, in some cases, improved the film. I’ve always loved practical effects in film, so I had a ton of fun putting together necessary props from nothing but trash.

Our crew built a model rocket, model spaceship, and space suit without spending much money. The process involved a lot of borrowing, gluing and painting over plastic pieces, and combing through the internet for the cheapest props we could find. I even worked with my school’s robotics team, which I was also a part of, to create a rover to be in the film. We also reached out the teachers to act in our film, which gave “13 Minutes” a slight edge over the usual student film with student actors. Our limited budget pushed us to be creative rather than deeming the admittedly ambitious project as impossible.

Discover what you’re most passionate about.

Everyone wants to be a movie director, and who can blame them? Directing a film is a huge accomplishment and sometimes gets the most credit for a successful movie. However, every position is equally important. While directing your first film, you may discover that you’re interested in another aspect of filmmaking than you set out to do. For me, I found that being director was a bit too stressful for me. While I’m would gladly direct another short film, I had the most fun editing and storyboarding the film. I already had a lot of experience as an editor, so I was able to exercise my skills to a new frontier with the amount of special effects that “13 Minutes” needed. Most of the movie was shot in front of a green screen and I had to generate the landscape of Mars from stock photos. I’d never done storyboarding before making “13 Minutes,” and I loved it. I went a bit overboard since there’s no limits to what you can draw, but many of the best shots in the movie came from my experimenting with the storyboards.

Submit your films to film festivals.

Submitting your short film to a local film festival is a great way to get your work out into the public as well as meet other people in the film industry. Hawai‘i International Film Festival is a good place to start, especially since they accept student films to be shown in their student showcase. Who knows? Your film could be shown on the big screen at Dole Cannery.

Always be proud of your movie, even if it’s bad.

No movie is perfect, and more often than not, your film won’t even be a good one. My film, “13 Minutes,” is being shown on the big screen in front of a big audience and I’m more nervous than ever. If I could, I would go back and change the entire movie by fixing all the errors I noticed after completion. I especially hate the audio quality in the first minute of my movie. I cringe whenever I hear it. However, despite the film’s problems, I am still proud of it. At the end of the day, I directed and completed a film and actually got it into a notable film festival. Not many other people can say the same thing. Making a movie is no easy feat, and you should be proud of the end product whether you like the film or not. 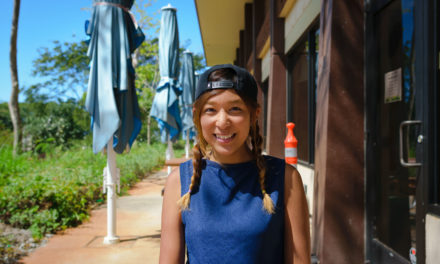 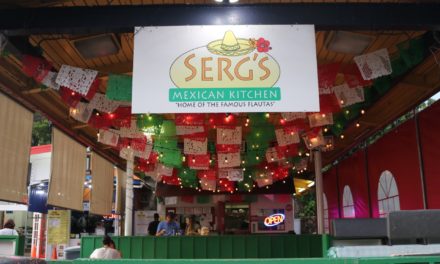 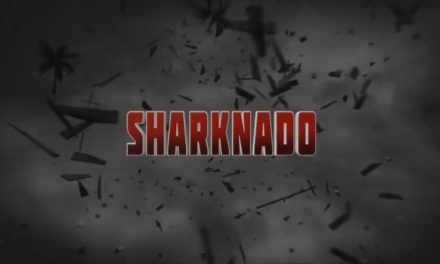 Enjoyably Bad B Movies to Stream on Netflix 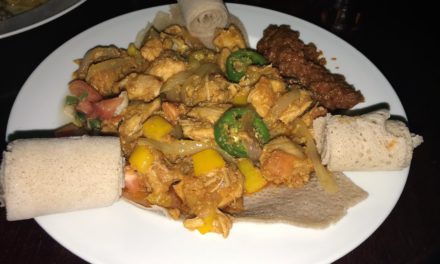