No Meat No Problem At 1st Annual Veg Fest Oahu

Vegans, vegetarians, yogis, and all other types of humans who believe in a sustainable lifestyle congregated this past Saturday to celebrate Hawaii’s first VegFest. 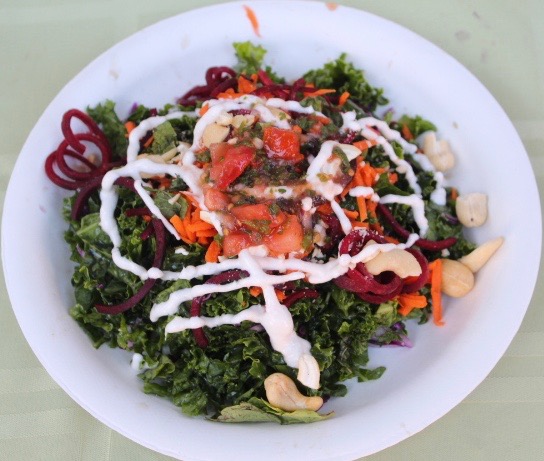 Kale salad from one of the food booths. (Photo by Kayla Valera)

VegFest may still be a new concept to the residents of Hawaii, but it is actually renowned as an international event where others who identify as vegans or vegetarians can eat and promote their ideas in a safe environment. Though the event was abundant with vegan-friendly activities, it wasn’t just aimed towards those who have already converted. In fact many of the booths and vendors there were intent on persuading those who came to the festival that are on-the-fence about committing to a lifestyle free of animal cruelty. 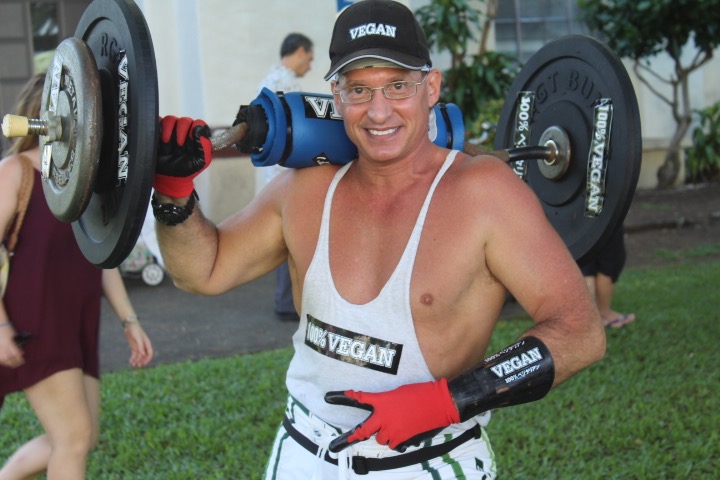 Jake Garvin poses with a barbell, recreating his infamous pose with a log at the Honolulu Marathon. (Photo by Kayla Valera)

Jake Garvin, a vegan activist whose known for carrying a log while running the Honolulu Marathon since 2012, voiced his opinion about how he hasn’t eaten meat for 35 years as a vegetarian, and then abstained from animal products for 10 years as a vegan.

At 52 years old he claims that there are no complications with his health or withdrawals for his old eating habits.

“Complications?” Garvin asks. “Maybe too many photographs while running a marathon while I’m trying to finish? (laughs) No, it’s all good. In fact I put on more muscle, I have longer endurance, arteries are clean, shorter recovery time, and I don’t get sore. I can go out and exercise and do 1,000 push ups a day and the next day not get sore at all.”

Garvin, in conjunction with many other activists who were at the VegFest, were open to rectifying any misgivings usually placed on their lifestyle. In addition to promoting health boons of the lifestyle, they were not shy to advocate against the banes of a meat-eating diet.

Next to the tent where inspirational speakers spoke their vegan sermon, a booth paid any willing participant $1 to watch a 4-minute video. This film that they played, Farm to Fridge, was an eye-opening video that divulged the graphic truth that goes behind the food you eat and the suffering that comes from it. Their solution to end the brutality towards animals? Veganism. 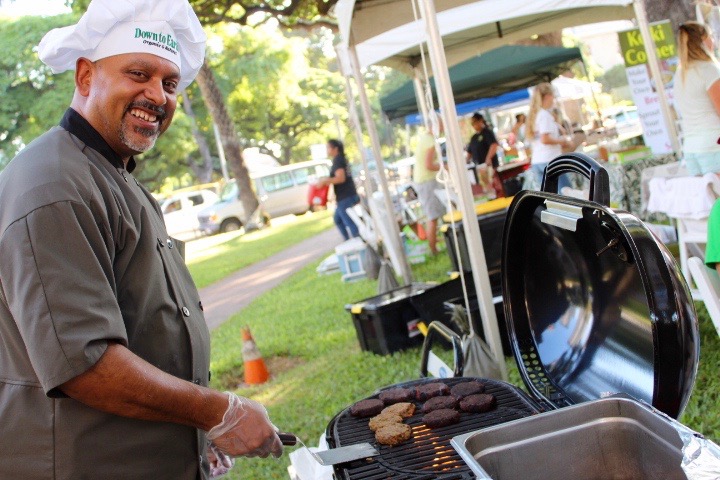 A Down To Earth chef shows off his black bean burger flipping skills. (Photo by Kayla Valera)

This offhanded response is what any festival attendee may tell you is the simple answer towards ending animal cruelty, improving personal health, as well as mending the climate change crisis from the grips of animal agriculture. The VegFest leads by example, showcasing delicious food booths and vegan personal care products.

Along with the vendors, there were also fun booths such as Silent Discos, the Still & Moving Center that taught yoga and other spiritual forms of movement, as well as a cooking demo show that taught the art of plant-based foods and how to prepare them.

The Veg Fest is best summarized by Joy Waters, head coordinator of the core team that organized the event:

“We are developing an approach called “Aloha Activism” that focuses on sharing our messages of compassion, health and sustainability in funny, loving, inspiring, thought provoking, inclusive, nurturing and encouraging ways. We want to create a family-friendly experience that will result in transformational change for our island community.”

For more information on the event or the booths and vendors that were featured, go to VegFestOahu.com.

[Editor’s Note: The quote by Joy Waters came from a statement on the VegFest O‘ahu official website.] 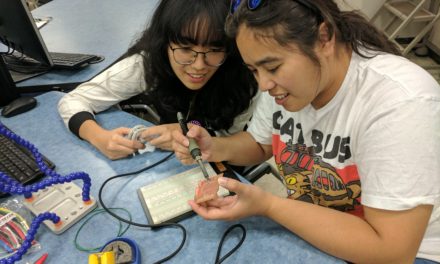 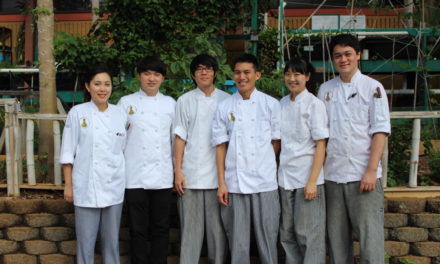 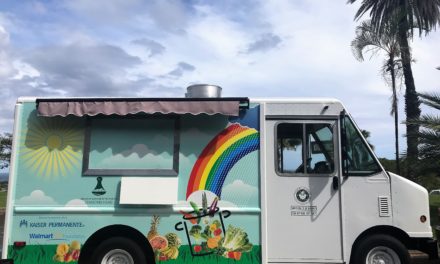 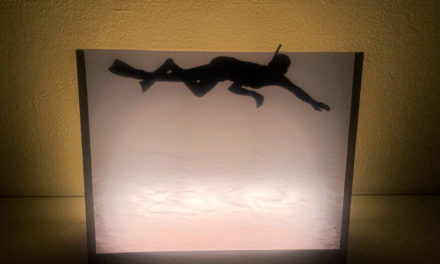